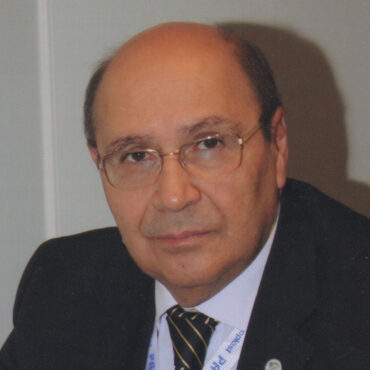 is a European Certified Urologist Surgeon and currently the President of Cyprus Urological Association. In private practice: founder of the Institute of Fictional & Reconstructive Urology in Limassol, Cyprus. He has worked as a Urologist Surgeon in Greece, Cyprus, the UK and US. Dr. Charalampous was also the President of Urological Association of Nothern Greece (UANG), President of the Urodynamics, Neurourology & Female Urology Section of the Hellenic Urological Association (UNUFU), and board member of the European Society of Female & Functional Society(ESFFU) and the Mediterranean Incontinence & Pelvic Floor Society(MIPS) and a member of the Education Incontinence Committee International Continence Society(ICS). He has acted as as Executive Director and as a Consultant Urologist for the Mediterranean Continence Foundation. He has worked as Chief Doctor Surgeon of the Urology Clinic in NHS- Greece having worked there from 1984 till 2011. In the same hospital, he was also Head of Female Urology and Urodynamics Department from 2001-2011. He was named Board Certificate Fellow of the European Board of Urology in 1992. His fellowships are numerous, including collaborations with some of the top Urology surgeons worldwide: Fellowship − Urodynamics Southsmead Hospital, Bristol UK, April 1992, Denver, USA, April 1994, Paediatric Urology, Mayo Clinic, Rochester, MN, USA Jan- July 1995, Female Urology Liege, Belgium 2004, Glenmont Ferrand France 2005, Amsterdam 2006, Montpellier 2009 and Live surgery w/s in Ippokrateio Hospital Thessaloniki, 2005,2006,2007,2009-2010.

His involvement in conferences and medical associations have developed his interest in imparting knowledge onto the next generations of doctors. Thus, he has had the great honour of having been the course and conference/seminar organizer. As Cyprus Urological Association President has organised the first four annual Cyprus Urological Congress. (Speaker/moderator/panellist)

He is speaker / chair in National and International congress (Panellist/ Moderator).

He published medical articles in scientific journals, given numerous lectures and has had chairing lots of Sessions. He is Author in weekly paper for public awareness and frequent public service announcements of both TV and radio broadcast.