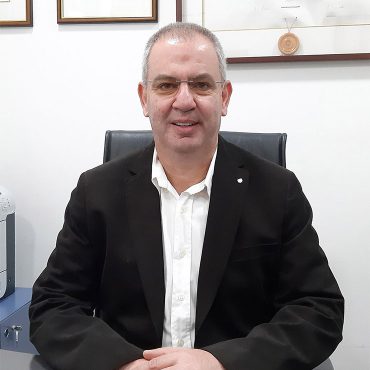 Dr Kadis graduated from the Medical School of the University of Vienna, Austria, in 1992. Following that he specialised in Gastroenterology and Hepatology for 8 years in University Hospitals of Manchester and Liverpool in United Kingdom. He has been a Member of the Royal College of Physicians since 1996. In 2001 Dr. Kadis was appointed as a Consultant Gastroenterologist and Hepatologist in Queen Elizabeth Hospital in Gateshead, Newcastle upon Tyne. He served in this post for 5 years until he returned to Cyprus in 2006 to work in Aretaeion Hospital.

He has performed over 35000 endoscopic procedures (gastroscopies, colonoscopies, ERCP’s etc).

His special interests include coeliac disease, ulcerative colitis and Crohn’s disease, all aspects of therapeutic endoscopy including oesophageal and colonic dilatation, ERCP, oesophageal varices and colonic stents, dilatation of achalasea, endoscopic treatment of oesophageal rarices and haemorrhage from the gastrointertimal tract, management of small bowel disease with balloon enteroscopy, removal of large polyps in stomach and colon, gastrostomies and treatment with Argon Plasma Coagulation.

Since February 2019 he is the chairman of the Cyprus Private Hospitals Association.

Dr Kadis has presented in meetings in United Kingdom and across Europe and has published in several PubMed recognized medical journals.