Specialist in Endocrinology, Diabetes and Metabolism 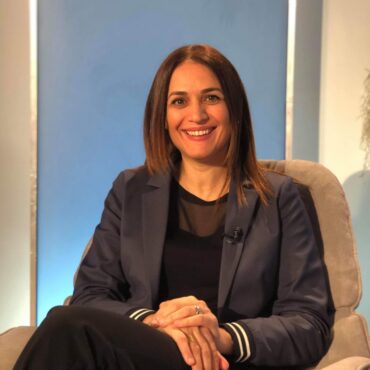 Dr Stella Ioannidou Kadis graduated from the University of Manchester Medical School in July 1994 with the degree of MBChB. Over the subsequent 11 years she worked for the National Health Service in the UK, holding positions in the Manchester, Liverpool and Newcastle regions. She became Member of the Royal College of Physicians of London (MRCP) in October 1997. She obtained the Certificate of Completion of Specialist Training (CCST UK) in General (Internal) Medicine and Diabetes & Endocrinology in 2005. Following the completion of her specialist training she worked as a Locum Consultant in Diabetes & Endocrinology at Wansbeck General Hospital. From October 1999 to March 2002 she worked as a Clinical Research Fellow at the University of Manchester with her main research interest being osteoporosis. Her research was funded by two personal Fellowships (Wellcome Trust Entry Level Fellowship και Research into Ageing Fellowship). She presented her thesis and obtained the postgraduate degree of Doctor of Medicine (MD) from the University of Manchester in 2005.

She moved to Cyprus permanently with her family in 2006. She works as a Consultant Endocrinologist at Aretaeio Private Hospital in Nicosia. Since 2011, she also works as a Clinical Associate Professor in Endocrinology at the University of Nicosia Medical School. In 2016 she was awarded the title of Fellow of the Royal College of Physicians of London (FRCP). She served as secretary of MRCA (Members of the Royal College Association) Cyprus for many years and is currently President of the Cyprus Endocrine Society.

In her practice she manages patients with diabetes mellitus, metabolic problems, obesity, osteoporosis, problems of the thyroid gland, parathyroid glands, pituitary gland, adrenal glands and sex hormones. She is part of a multidisciplinary team involved in the perioperative management of patients with rare conditions such as acromegaly, Cushing’s disease, phaeochromocytoma and other adrenal tumours.